I hope January found you repeating positive words to yourself and people around you as you tried to reduce negative self talk. Don’t let what you’ve accomplished slide, continue to try to think positive as you try to continue to make healthy resolutions for 2014! 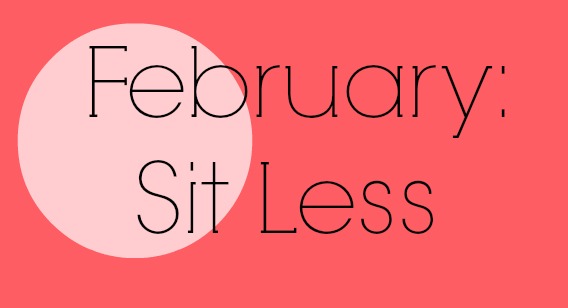 As for February, I’m excited for us to all spend a little more time on our feet! But before I get to that – I’ll start with some explaining.

Just about a year ago I attended a Worksite Wellness Conference. I have a thing for health conferences and feel like I can never get to all the classes and workshops that I want to. But one that I really loved was about the importance of taking more time to move and less time to sit. 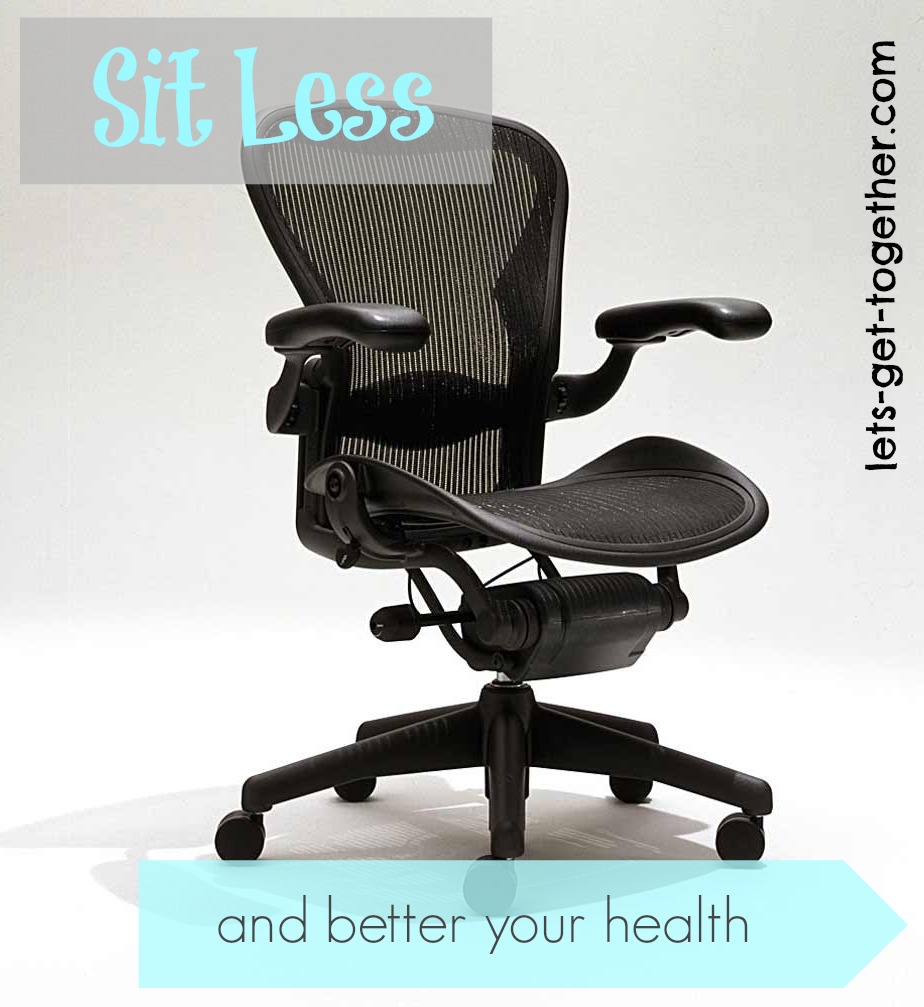 The first example the presenter gave was of a co-worker of his that was a frequent triathlon competitor. He would wake up and train for a couple hours, then spend the next 8 hours at an office job. When he had levels tested, such as cholesterol and glucose and blood pressure, his levels were in a dangerous zone, similar to those of someone that doesn’t exercise. The problem? Sitting all day.

Researchers have linked sitting for long periods of time with a number of health concerns, including obesity and other health issues — such as increased blood pressure, high blood sugar, excess body fat around the waist and high cholesterol levels. This study classified low levels of sitting time as under three hours a day, moderate levels of sitting time as three to eight hours, and high levels of sitting as more than eight hours of sitting each day. Take some time to evaluate just how much you sit (including car time, eating time, computer time, TV time, reading time, and so on). You’ll be surprised how fast it adds up!

Now this can sound scary. And some have gone to the point of saying that sitting is the smoking of our generation. But guess what! Unlike some things in life, there is an easy fix! Just get on your feet and SIT LESS!

Here are some ideas:
– Stand or walk while talking on the phone
– Have a walking meeting at work
– Set a timer on your phone for every 30 minutes, and just get up and move around for 2 minutes
– Take the stairs
– Go for a walk
– Space out your “sitting required” activities (eating, working on a paper, reading, etc.)
– Walk while you read (it doesn’t have to be fast)
– Get up and move during commercials

That isn’t all! Just make an effort to move more. Plan activities with your kids or significant other that aren’t sitting on the ground or watching a movie. Your body will thank you – both now and in the future! Happy standing!