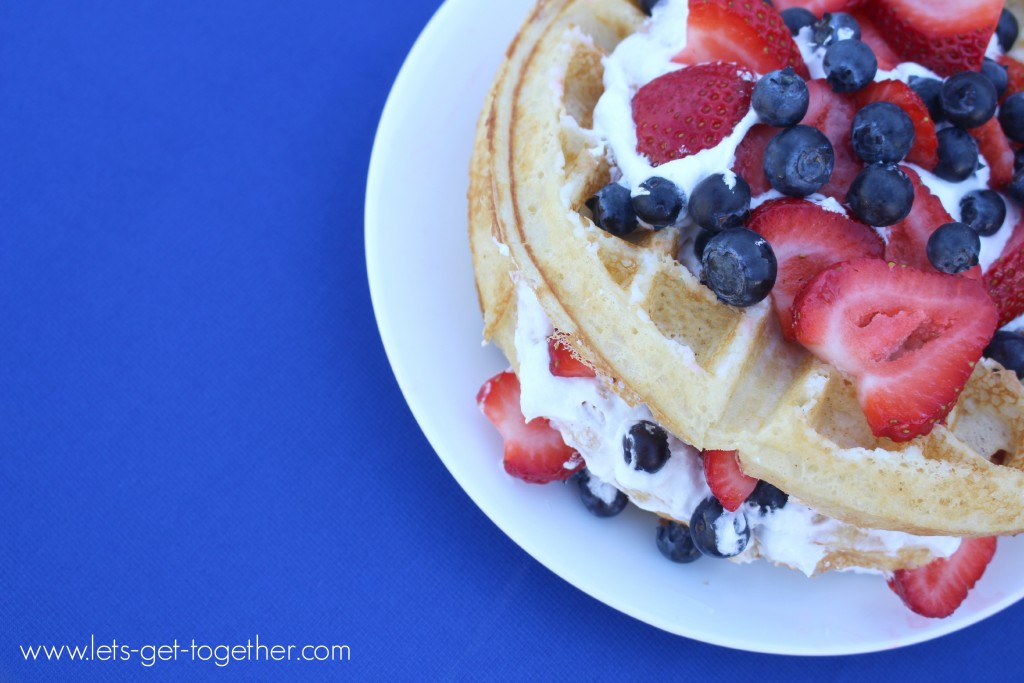 It began in 1981 in Bucks County, Pennsylvania. Balloons, kazoos, miniature stick flags, and 3-cornered newspaper hats were part of the fun as twelve members of Frank and Bessie’s family marched around two blocks for Grandpa’s Big 4th of July Parade. Cars would honk and cheer, and some neighborhood children would come join them as Bessie always had extra flags on hand. 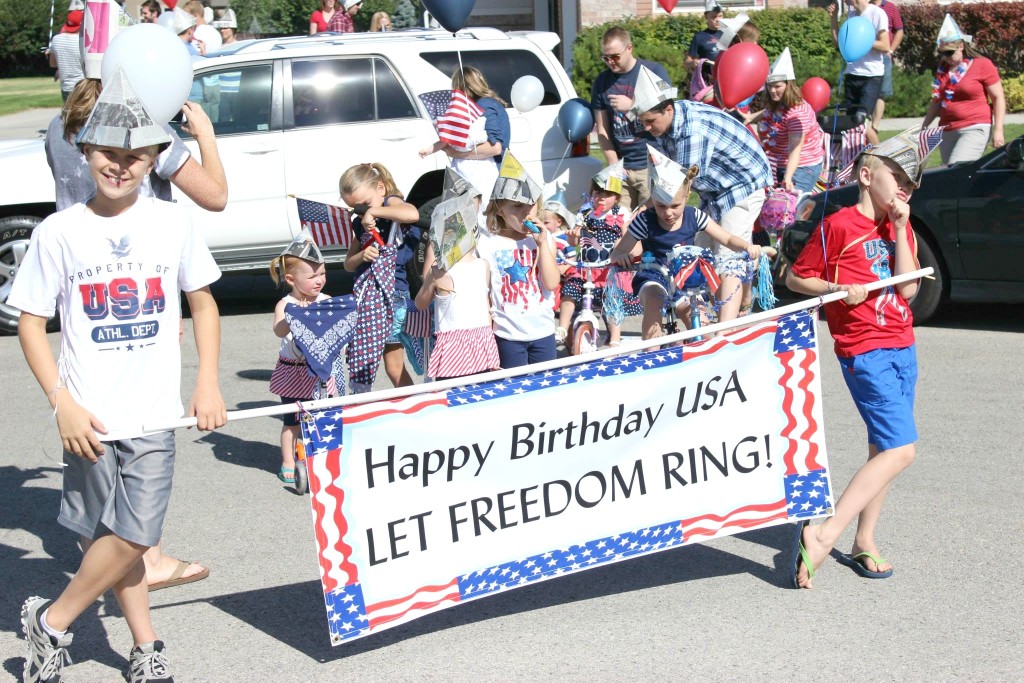 Fast forward to July 4, 2014 and this parade of Grandpa’s really has become BIG with 84 members of their multi-generational family strutting around in patriotic style. It really is so charming, so red-white-and-bluish, so reminiscent of small town America . Too bad you don’t live in my neighborhood. 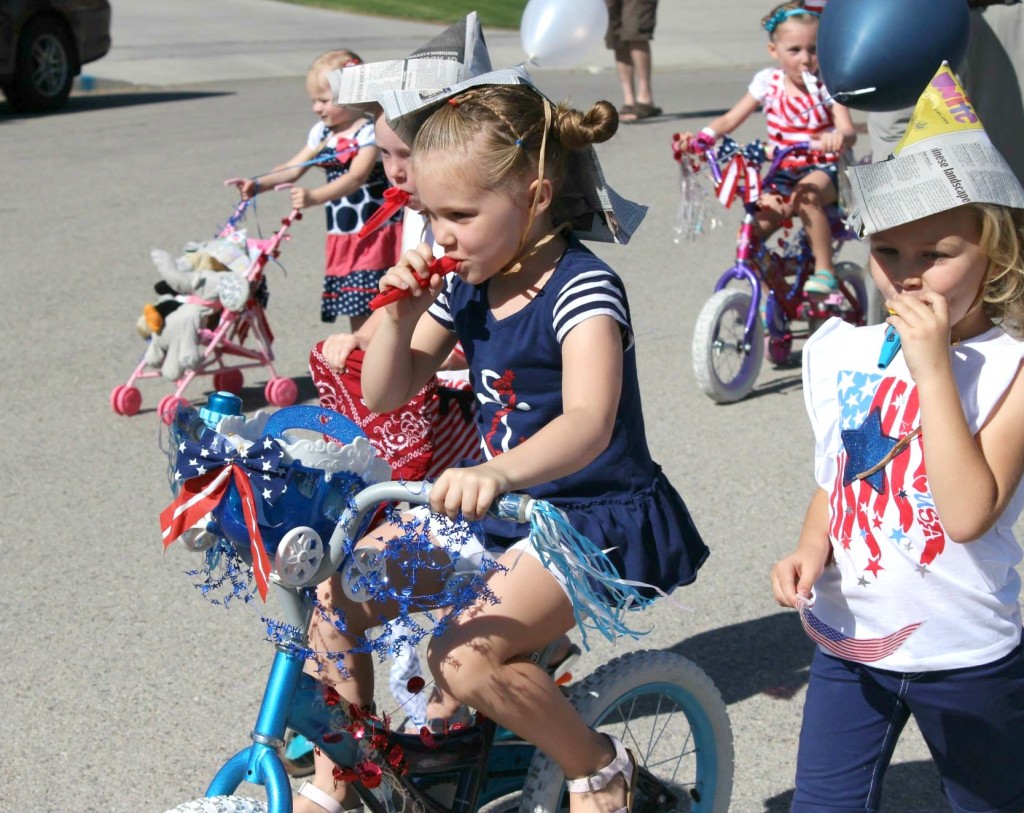 The parade is Grandpa’s but the day is really Bessie’s favorite of the year.  So after the parade there’s more fun to be had for all the family.  Everyone lines up for Patriotic (red, white and blue) Goodnight Waffles. These oh-so-delicious, light waffles are called goodnight waffles because you have to make them the night before or at least 8 hours before cooking. It’s so worth the extra time and planning!  (If you need more waffles than one batch, you’ll have to set each batch out in a different bowl. Bessie’s kitchen on the night of July 3rd has bowls everywhere!) 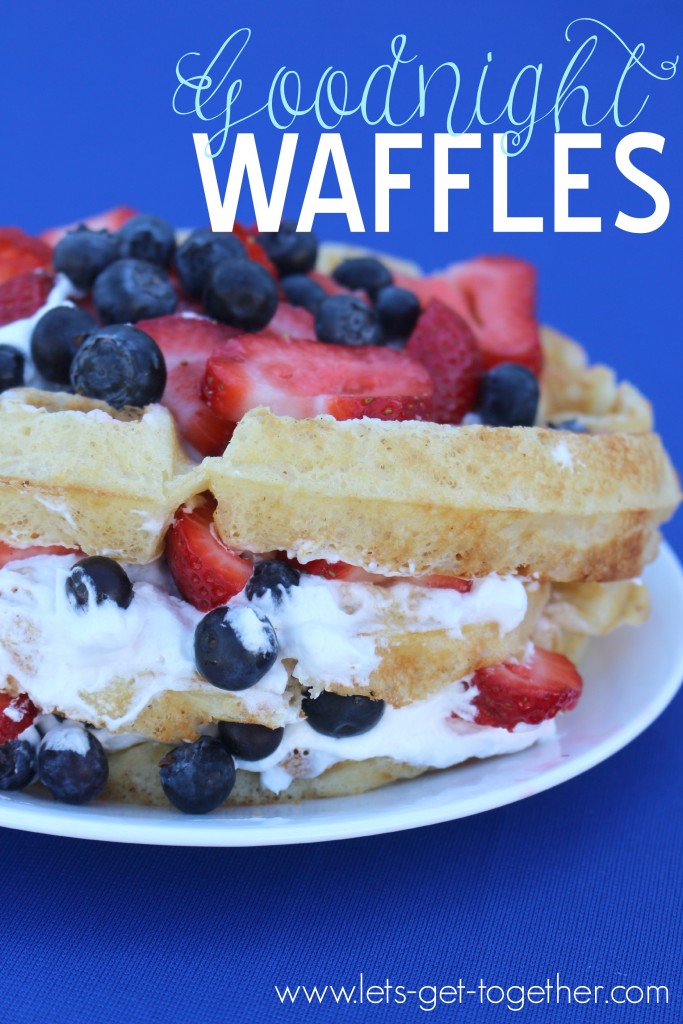 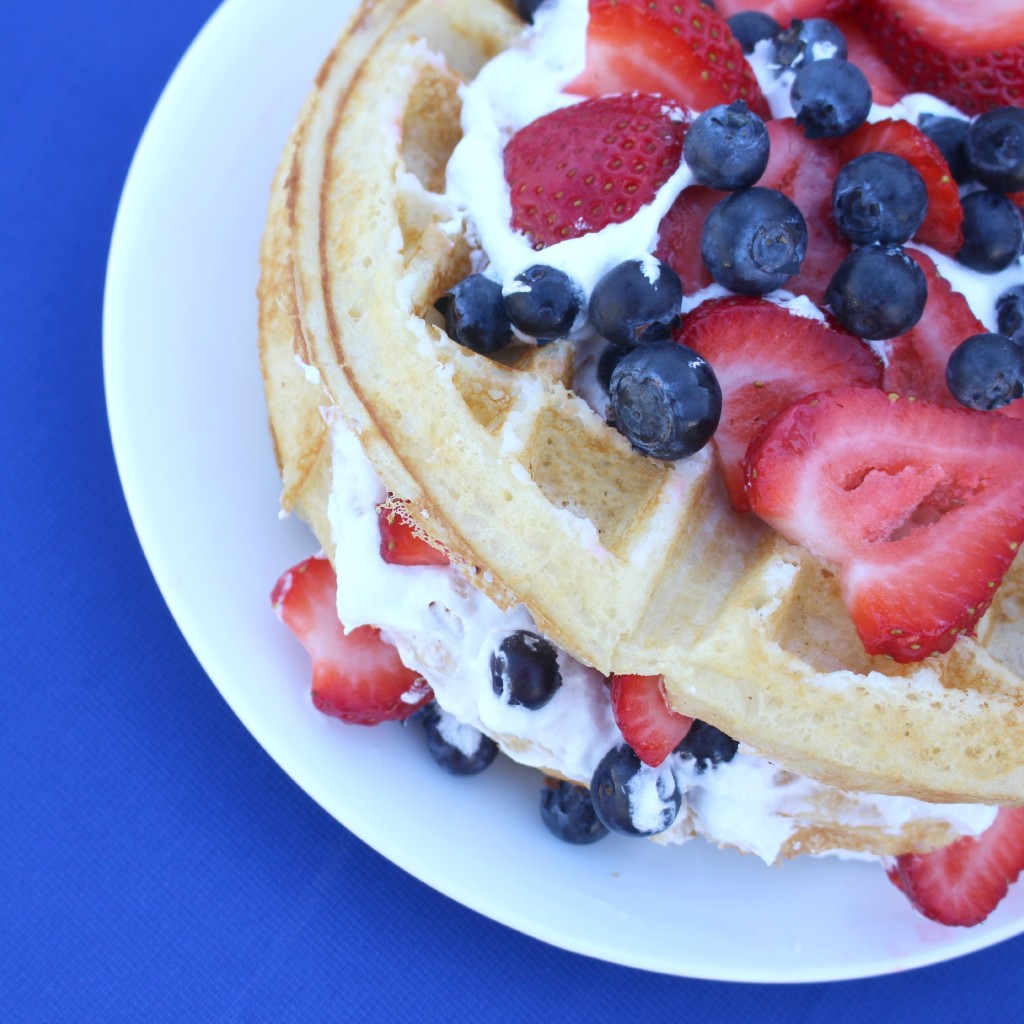 Yields 8
Write a review
Save Recipe
Print
Ingredients
Instructions
Notes
Let's Get Together https://lets-get-together.com/
While the kids are eating or playing lawn games, an adult puts on an Uncle Sam hat and walks around with a roll of coins quizzing the kids with age-appropriate history/patriotic questions. With a little help from others, they can earn pennies, dimes, or quarters (depending on how generous you want to to be.) 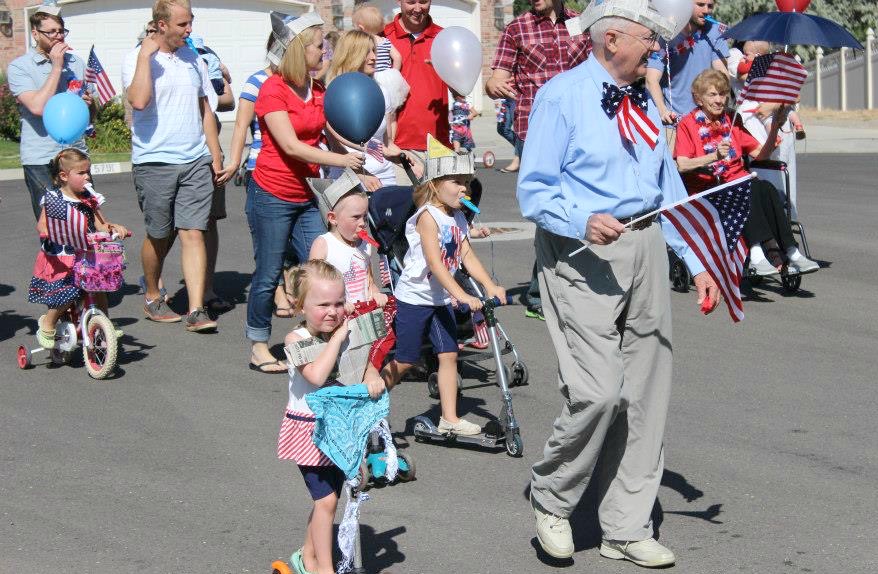 I think what I love most about seeing the streamers wrapped around bikes and strollers and the sound of kazoos buzzing out “Yankee Doodle” and the smell of Bessie’s waffles down the street is just the sense of love that flavors the whole gathering. Love of country. Love of family. Love of waffles… (but seriously, you’ve got to try these waffles!).

These are the things that life is made of.