If you were to come up to me and ask what is the ONE thing a person could change that would help their health, although it would be hard to choose one, it would most likely be this: 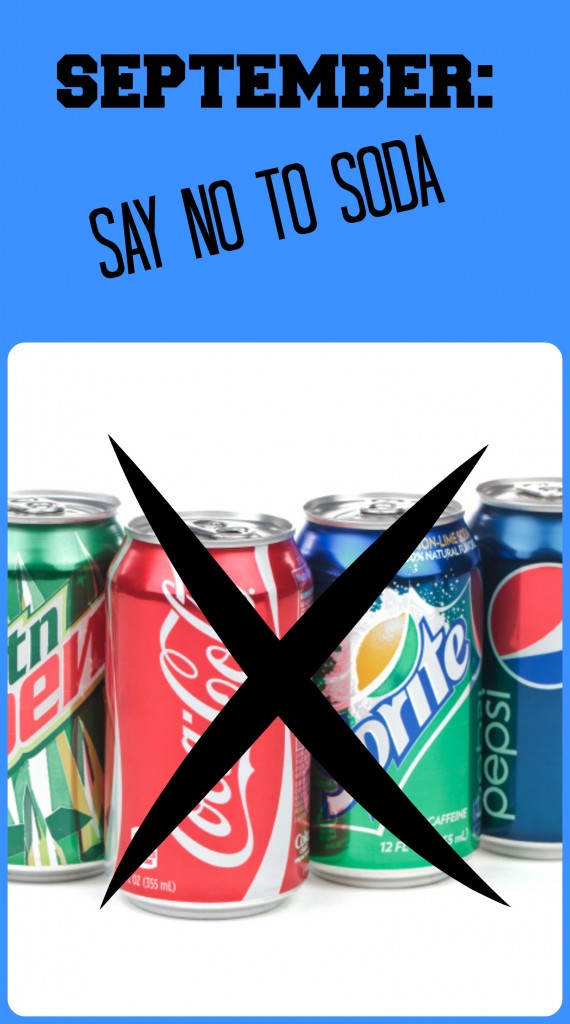 That’s why this month for our healthy resolution we are challenging you to say no to soda! I’ll let the facts do the talking on this one. (found here and here)

– People who consume sugary drinks regularly—1 to 2 cans a day or more—have a 26% greater risk of developing type 2 diabetes than people who rarely have such drinks.
– A study that followed 40,000 men for two decades found that those who averaged one can of a sugary beverage per day had a 20% higher risk of having a heart attack or dying from a heart attack than men who rarely consumed sugary drinks. A related study in women found a similar sugary beverage–heart disease link.
– A 22-year-long study of 80,000 women found that those who consumed a can a day of sugary drink had a 75% higher risk of gout (a type of arthritis) than women who rarely had such drinks. Researchers found a similarly-elevated risk in men.
– A 2002 UCLA study found that consuming excessive amounts of sugar reduces the production of the brain chemical called brain-derived neurotrophic factor, or BDNF. BDNF helps us form memories and remember things, and is also linked to depression.
– According to the Colgate Oral and Dental Health Resource Center, soft drinks are among the most significant dietary sources of tooth decay.
– A recent study by the University of Adelaide found that drinking too much soda can increase the risk for developing asthma or chronic obstructive pulmonary disorder, or COPD.
– The high levels of phosphoric acid in colas have been linked to kidney stones and other renal problems, but diet cola is most likely to have a negative effect on kidney function. In fact, diet cola is associated with a two-fold increased risk.

So there you have it. Soda really does negatively impact the whole body! 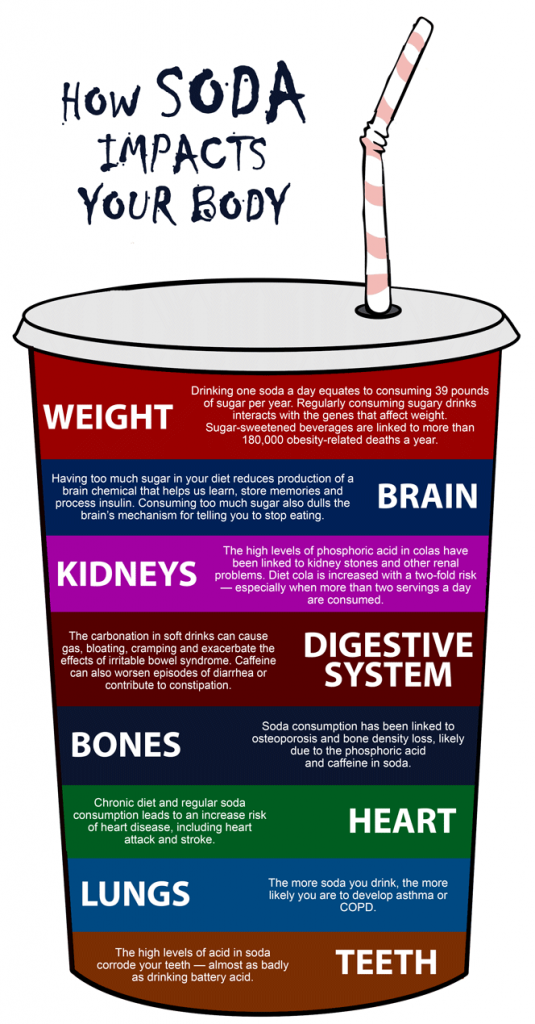 This month I challenge you to substitute your soda with water. It won’t be easy, so decide if you’d like to start small or go cold turkey. For some, gradually reducing the amount of soda you drink until you don’t need it any more is the best option. Others will be fine to just quit. Either way, I promise your body will thank you!