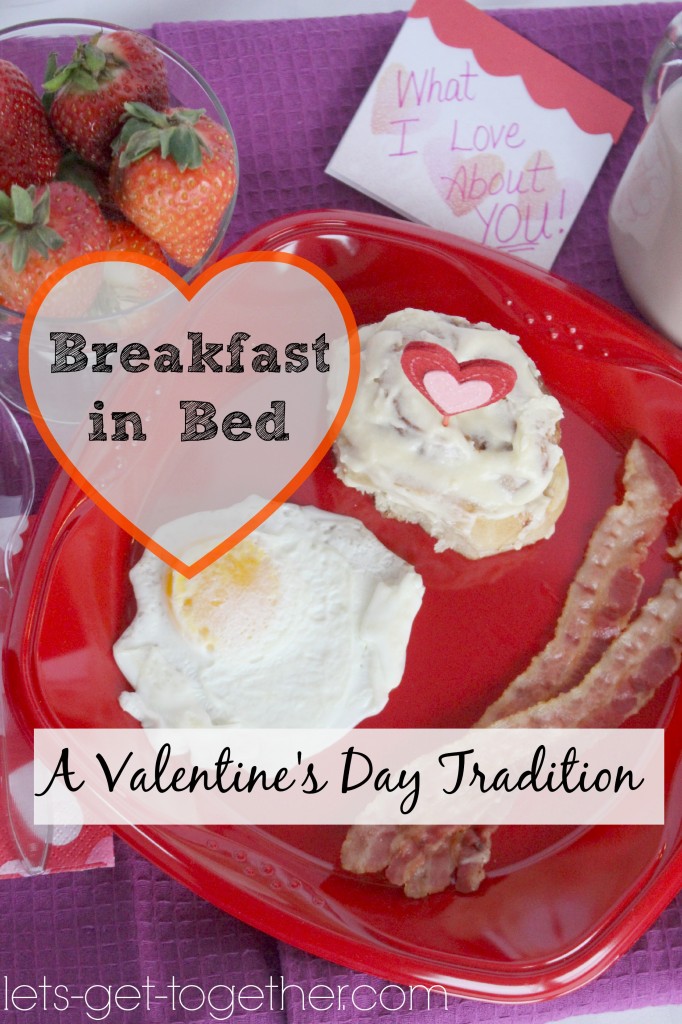 Valentine’s Day started way back in 498 AD when Pope Gelasius deemed February 14th as Valentine’s Day. There is lots of speculation on who started it and where it comes from. In fact, the Catholic Church acknowledges 3 different saints named Valentine.

So despite this long celebrated holiday having confusing origins, there is one thing I know for sure, and I learned it from my mom – Valentine’s Day is about celebrating everyone we love. One way she did that was doing breakfast in bed for all four kids each year when February 14th rolled around.

Valentine’s Eve was almost as anticipated as Christmas Eve. I went to bed knowing I would get a little knock at my door the next morning with a tray of yummy food and a sweet note from my mom reminding me why I am loved. And let’s be honest – it wasn’t easy to get four kids’ breakfasts to them in bed when they all have different schedules. She’d be up with the big kids before they went to early morning seminary, and years later she would be up at 5 am again with a son on the basketball team heading to practice. Bless her heart!

Through the years what the breakfast contained has changed. Sometimes it’s been a nice breakfast full of eggs, a cinnamon roll with some juice and bacon. Other times its a smoothie in a cup as someone is running out the door to practice. Last year on Valentine’s Day (the day before I got married) I was waiting by my soon-to-be husband’s car outside his house with some juice and a cinnamon roll for him to eat on his way to class.

The thing I love most about this tradition and I hope you see it too, is that it isn’t about the breakfast really. I do remember some yummy cinnamon rolls and fruit. But really, I remember the feeling of love I got when my mom walked in with a smile on her face, despite the hour. It’s about the act of love. To this day I can still pull out several Valentine’s Day cards written by my mom.

One thing to remember is to keep it simple. Grab some red and heart decorated paper plates, cups and napkins at the dollar store. We usually go for the freezer cinnamon rolls that don’t take too much time to cook (but if you’re up for the homemade challenge, check out these cinnamon rolls!), as well as the pre-cooked bacon or sausage. Eggs are fast and easy and just put some juice in a cup and you are good to go!