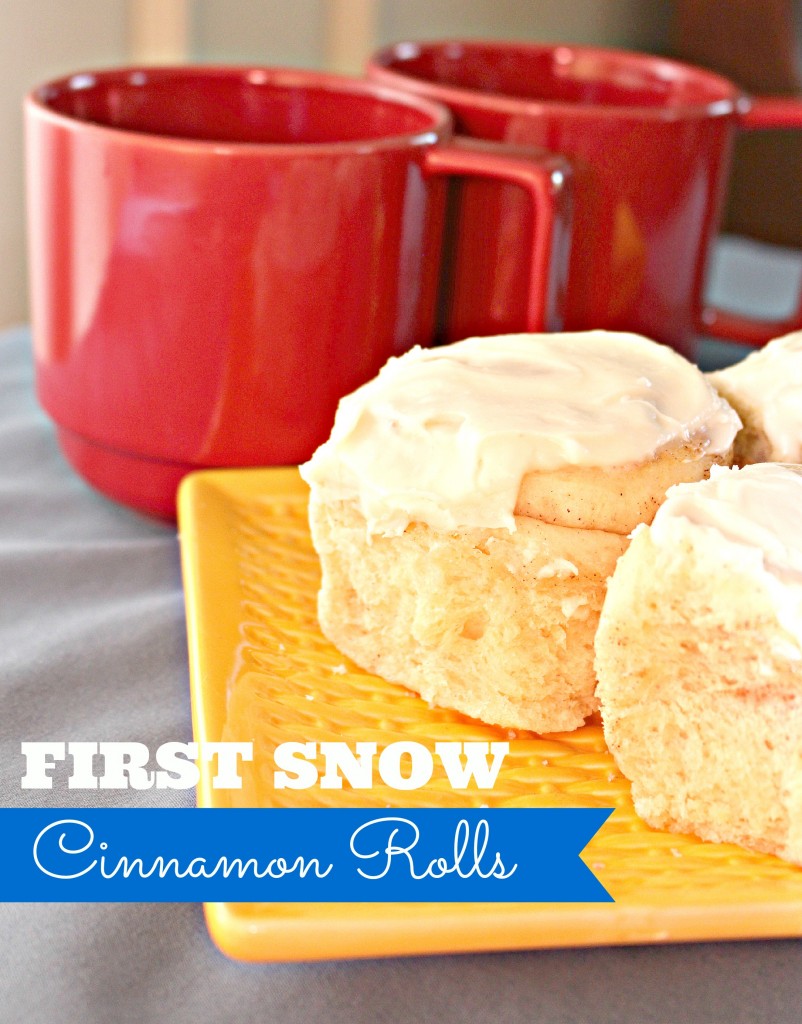 Many snow days ago, one of our most favorite traditions showed up on our Colorado doorstep-quite literally.

It was a sweet neighbor with a warm plate of cinnamon rolls. (Could there be a better combination?)

She explained that every year, on the first snow, she would clear her day to make, enjoy, and then share homemade cinnamon rolls. Her tradition became ours, and that was the birth of one of our favorite days of the year. Every year.

Since then, our tradition has grown up a bit, as these cinnamon rolls have been mailed to missionaries, baked for college roommates, and shared with grandkids. Just last year, in the middle of the day when I’m sure he was supposed to be listening to someone, my phone went off with a text from my high school senior. “Hey mom! It’s snowing! So excited for cinnamon rolls!”

It’s an unexpected but anticipated holiday of sorts that brings kids-even grown-up kids-home to the family dinner table. I’m convinced, after all these years, that some of the best bonding happens over cinnamon rolls and hot chocolate.

Won’t you join us this year? (Well, make your own.)

Yeast mixture: 2 Tbsp. yeast, 1 Tbsp. sugar, and ½ cup warm water. Dissolve this together and let it sit for 2-5 minutes.

Scald milk and add butter. Let it sit until warm, not hot. Then add to the yeast mixture the first 4 ingredients. Then add eggs. Mix in flour and beat for 10 minutes. When rolling it out do not use flour but cooking spray on the surface and rolling pin. Roll in rectangle shape and spread on ½ cup barely melted butter.  Sprinkle with lots of cinnamon sugar and 1/2 cup brown sugar.  Roll the dough up and cut into 1 inch slices. Tip: The end pieces of the roll tend to be skimpy so pinch them together into one regular sized roll. Place on pan and let rise until desired. Bake at 350 for 10-15 minutes.

Giving Back on Thanksgiving »