There are lots of themes and ideas to get out of Frozen. But what we found most profound was the love, the relationships, and the change of heart. With that in mind, each day of camp will be focused on a relationship the girls can learn more about. We’ll give you ideas for scriptures, devotionals and activities, recognizing that it is best to pray with your girls in mind as you plan what your girls camp will entail.
Don’t forget to check out the intro post with ideas for your camp kick-off or Day #2, Day #3, Day #4 or the Wrap-up with FREE PRINTABLES! 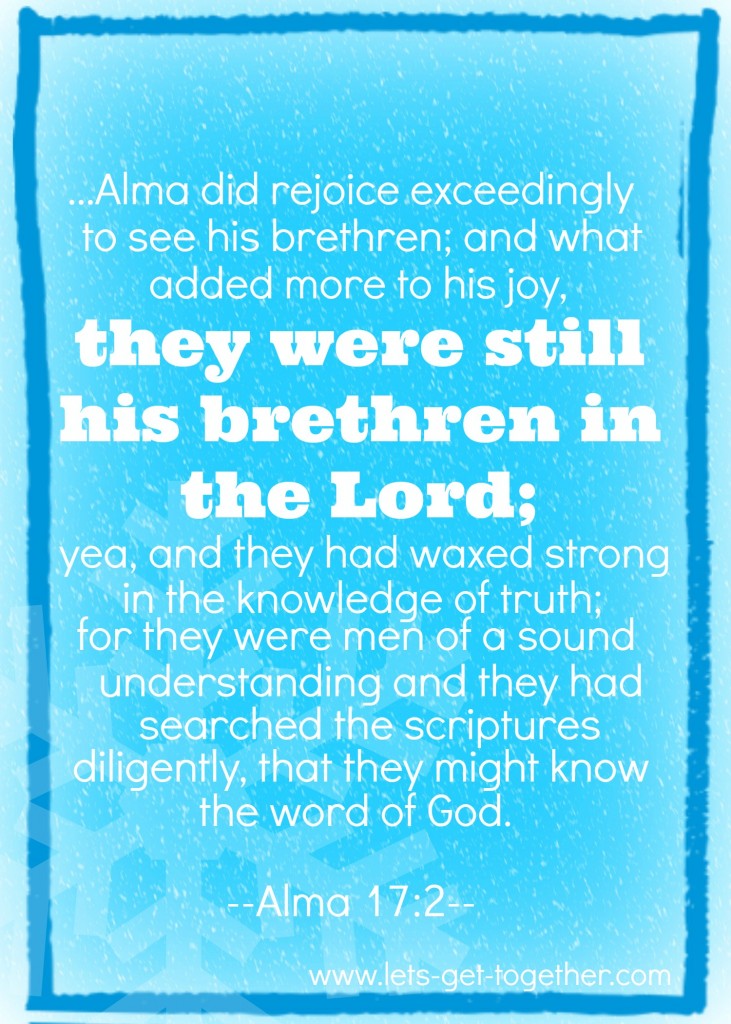 In Frozen, cute Mr. Olaf was a dedicated friend to Anna while she was on that wild journey to find her sister and then return to the kingdom. He never left her side and even told her that “some people are worth melting for.” And obviously he’s one of those friends that gives really good hugs!

I have a special place in my heart for this day focused on friendship. Why? Because one of my best friends came from us meeting at girls camp over 10 years ago. She’s 4 years older than me, which some people thought was a little weird, but it was through her that I learned so much about the power of a great friend. Here we are at my wedding last year, looking a little different than we did when we first met as a 12 year-old and 16 year-old. 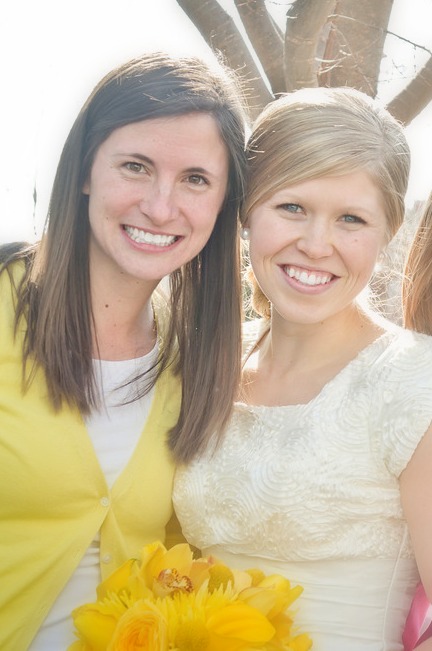 Today we want to focus on that idea of being a true friend to those around us, especially our fellow young women in our ward. So much good can come from having a friend that encourages you to be your best and influences you to do what is right.

Activity:
Since it’s the first day we thought some ice-breaker activities would fit in well, keeping with the Frozen theme, here are a few ideas:

Do You Wanna Build a Snowman?:

This activity is all about making friends, getting to know each other better, and (of course!) building a snowman!

Here’s what you’ll need:
–    an envelope for each girl
–    a printed copy of the get-to-know-you questions (find list of 44 ready-to-print questions here)
–    copies of the snowman parts (find FREE PRINTABLE here); 1 for each girl cut along the dotted lines and put in different envelopes (see #1 below for explanation)
–    scissors for everyone
–    glue sticks
–    markers/sharpies  for coloring the hair, nose, buttons and personalizing
–    blue 8 ½ x 11” cardstock (you’ll be able to cut each sheet in half)
–    ziploc snack bag for each girl to collect her snowman parts in
–    blue popsicles for treats after the activity

1. Each girl is given an envelope with multiple copies of the same snowman part. There are 8 parts so if you have 32 girls, 4 would have the same part. For example, 4 girls would have 8 carrot noses. (or maybe an extra one just in case)
2. The object is to build your snowman by gathering all 8 of the necessary parts. You earn your snowman parts by talking to different girls.  Each girl should have a list of the getting-to-know-you questions. So, two girls will approach each other (WITHOUT TELLING THE OTHER ONE WHAT SNOWMAN PART SHE HAS) and they will take turns asking each other two questions each. After they have done that, they can give each other the snowman part they have in the envelope. If the girl already has that snowman part, she just moves on to another girl and begins asking questions.  So, part of the fun is that you don’t know if you will get the part you need, and in the process of the activity you get to know lots of girls better and make new friends!
3. When a girl earns all her 8 parts (feet, lower body, upper body, head, mouth, nose, hair, and arms) then she can cut all the parts out and glue them on the cardstock (half sheet) to build her snowman.
4. Have some markers to make the eyes, buttons, color the hair and to personalize their snowman.
5. For a little extra motivation, have the girls show their completed snowman to a leader for a frozen treat (blue popsicle). 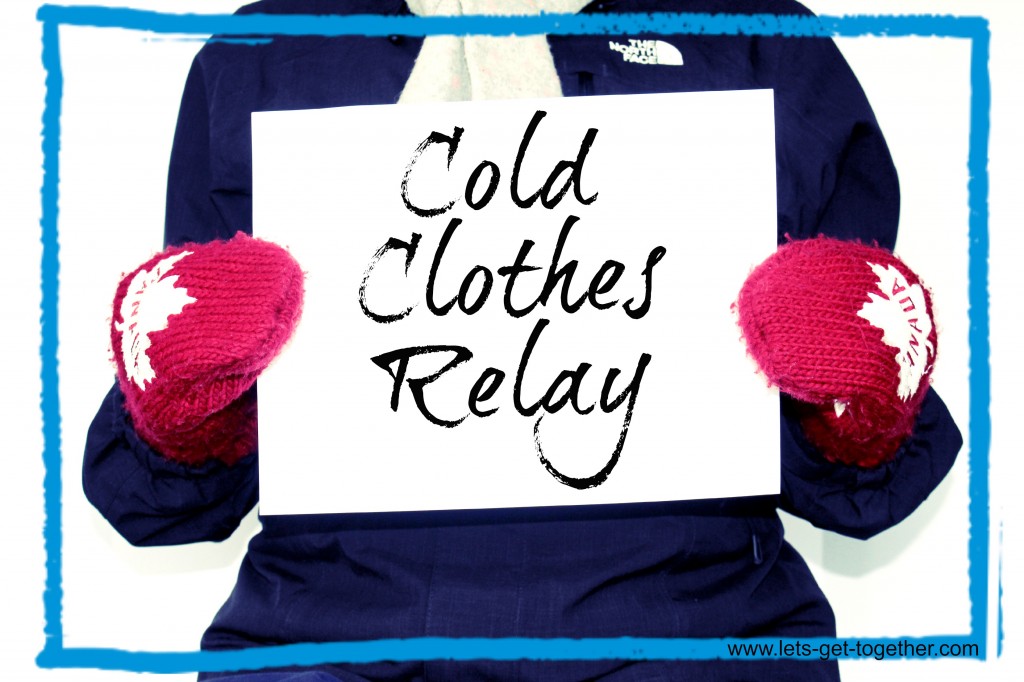 Cold Clothes Relay: All you need is a load of winter clothes with 2 of each item of clothing. Split up into 2 groups (or more if you need to) and have a relay where the girls have to take turns putting on winter gear (boots, coat, gloves, hat, scarf) and then run to the other end and take it off before the next girl puts it all on. Go until the first team gets all their girls across! 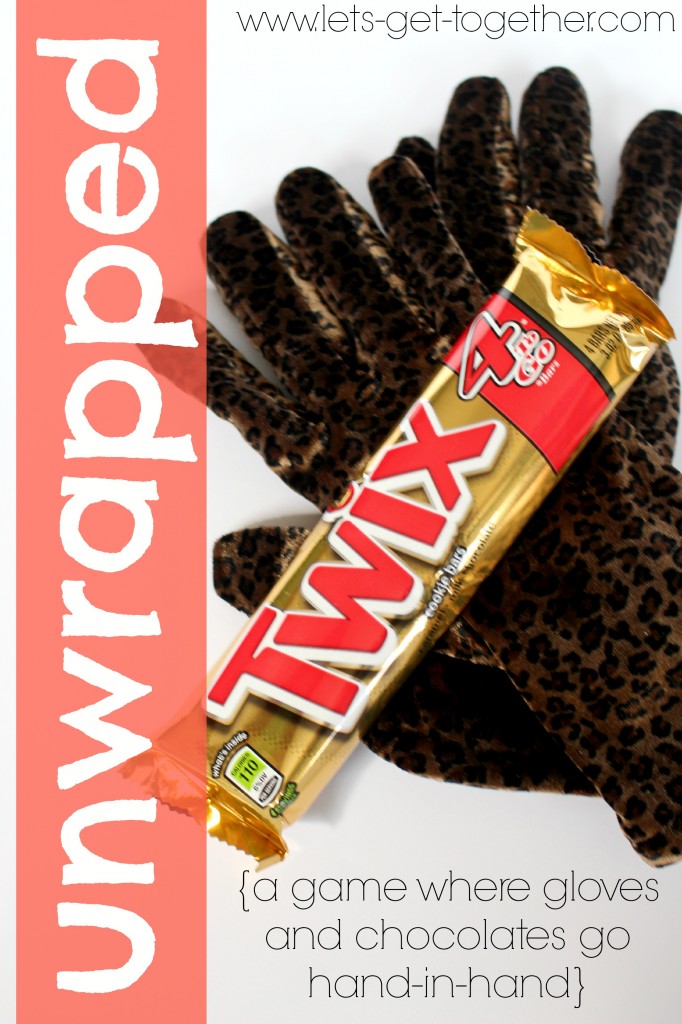 Unwrapped Game: Grab one pair of gloves, a pair of dice, and a king size candy bar that has been wrapped in newspaper, saran wrap, other paper many, many times. As much as you can, really. You’ll probably want a plate to roll the dice on, too. Sit in a circle and start passing the plate around. Each girl rolls the dice and passes it on unless she rolls doubles – then she gets to put on the gloves (ski gloves make it challenging but fun!) and starts to try to unwrap the big wrapped thing to get to the candy bar. That is until someone else gets doubles and steals it away to put on the gloves and start opening it. The girl that gets the whole candy bar revealed gets to keep it!

One final note – a great way to create friendships and bonding at girls camp is have the individual tents really get into it. A fun idea is to have each tent be a different part from the movie, such as the reindeer, the snowmen, the trolls, etc. They can decorate accordingly and makes signs and such. And of course the leaders tent could be the snow queens! If doing stake girls camp you could have each ward be a different kingdom, such as Arendelle, Emmaria, Genovia and so on. A quick Google search will do wonders!