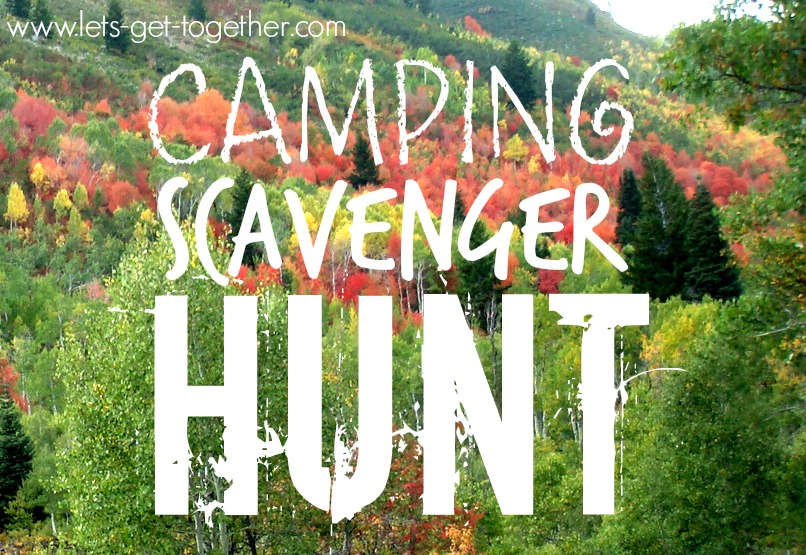 This post is brought to you by none other than my sweet and crazy and always-looking-for-a-party husband. That’s right. In addition to work and school and family and being a completely supportive certifiable blog husband-(remember all those trees from the asking and answering to dances post? well, someone had to round them up, pick them up, set them up, and then get rid of them)-he also works with the 14 and 15-year-old young men in our church.

They just went adventuring in the mountains last week-also known as camping-and the hubs created this awesome team scavenger hunt for them that we just had to share. It’s great for anyone who’ll be spending some time outside and enjoys a little “scavenging.”

So, there are 5 lists, but when they did it with the boys, they told them they only had to complete 4 of them. (You could also do a twist on that rule and say that each group has to complete all 5 lists, but they can skip one item on each list. That might make it easier if you’re in a location that might not have everything that’s on these lists.) 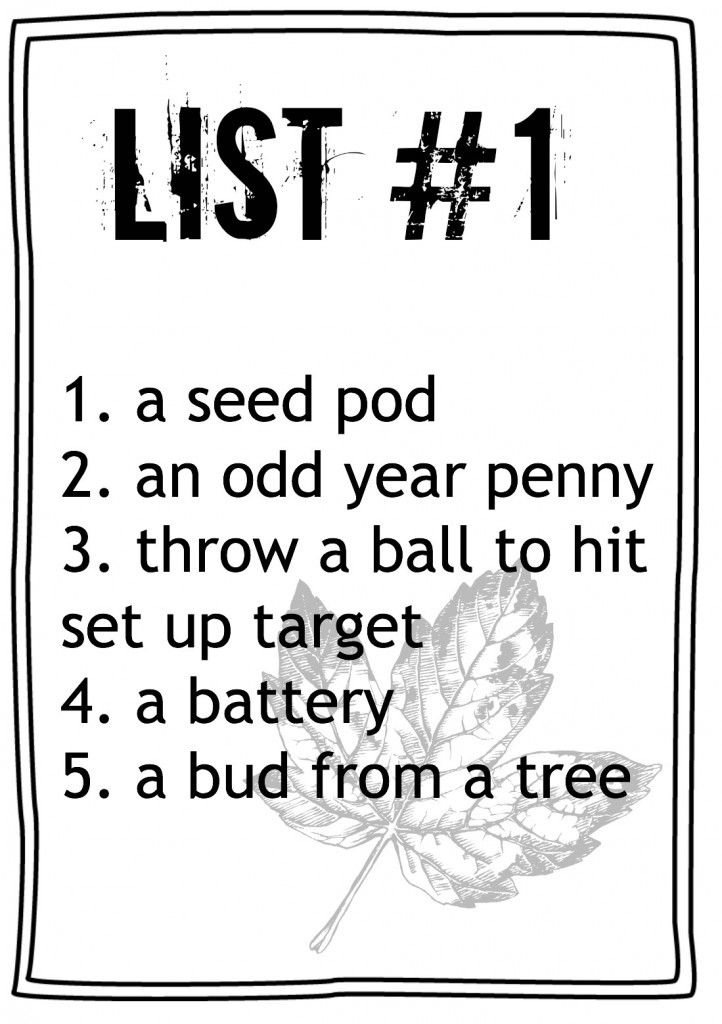 The completion of the lists is verified as they go. So, once a team had found or done everything on the first list, they either brought the objects or the camera with the pictures/video on it to a leader who confirmed that everything was complete and they would receive the next list. They had the teams doing them in different orders so that people could spread out. (A camera or phone with a camera was on the packing list for the boys so there were plenty to go around for the activity.)

You’ll notice there are “action” items on just about every list (ex: three-legged race around designated area or throw ball and hit target). Those are the only things that take a little prep time and work. Just make sure you have rope for the three-legged race and a distance or area set up for that ahead a time. Likewise with the ball and target. For listing the 50 states in alphabetical order, you’ll just need some paper and a pen on hand. For an item like the 100 push-ups, that can absolutely be a group effort (as in multiple people can do push-ups to contribute to the count). But you might want to let them figure that out. 😉

That’s pretty well how it goes. It took the boys just under an hour to complete it and it sounds like they had a great time. I always suggest some kind of prize, even if it’s as simple as first dibs on the popsicles. Find the ready-to-print Scavenger Hunt Lists HERE. 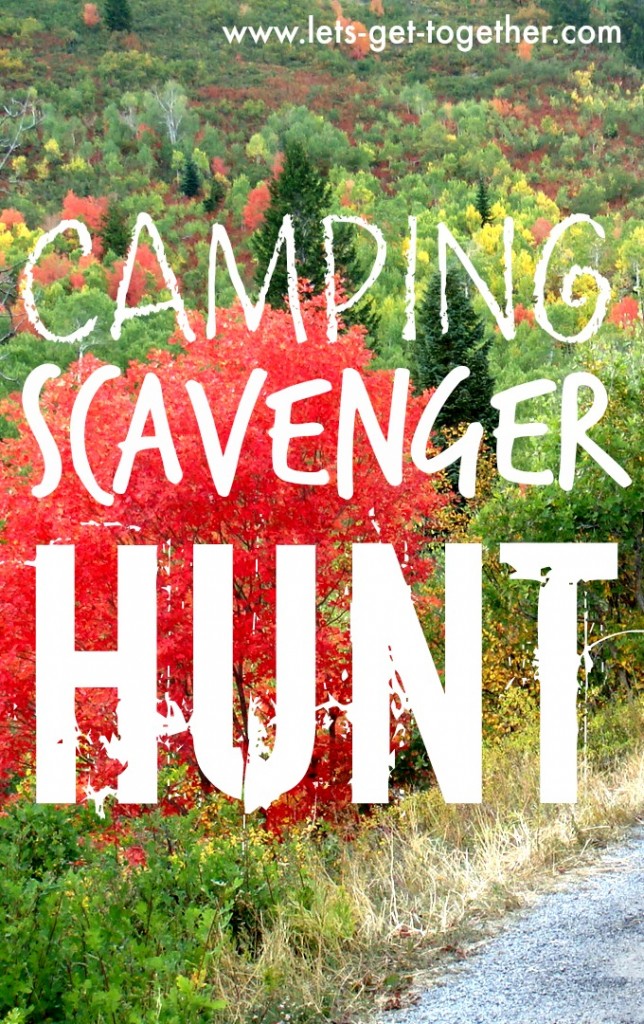 And of course with camping comes food, so be sure to check out our dinner camping menu for some yummy and simple ideas to take with you to the mountains!