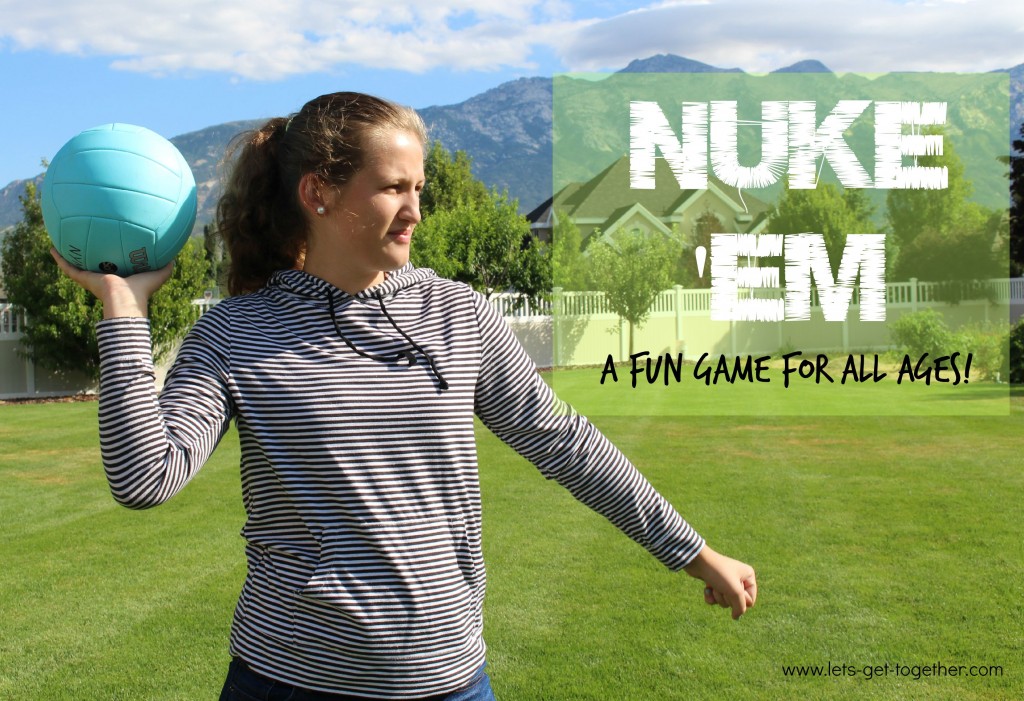 NUKE ‘EM! – Sounds dangerous! It’s really a fun active group game that can be played almost anywhere, with any number of people, and doesn’t require lots of athletic ability.

It’s a simple variation of volleyball that can be played with a volleyball net or just a rope to divide the area into two equal halves.  The height of the rope can vary according to the ages of the players. The object is to eliminate players from the opposing team while at the same time trying to keep teammates from being eliminated. 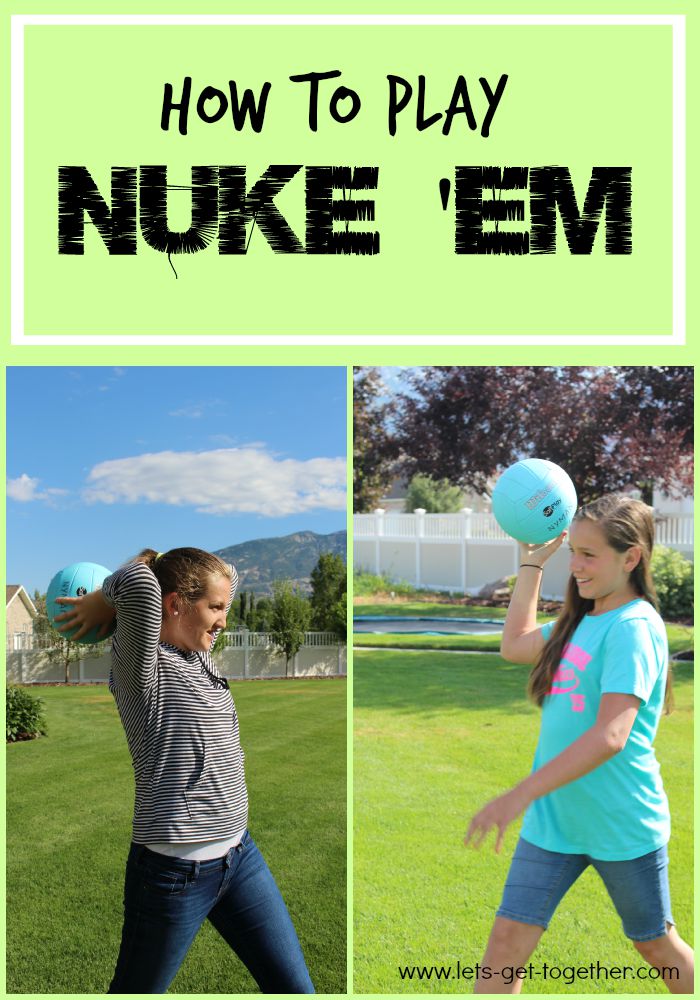 It’s pretty simple:
– the ball is thrown over the net to begin the game
– players are to catch the ball (can only hold it for 3 seconds and must stay in that spot until the volleyball leaves his/her hands)
– player can throw it over the net or to another teammate.  No more than 2 passes can be made before the ball is thrown to the opposing team. The ball thrown over the net must land within the designated court boundary lines.
– once the volleyball is caught, the player who caught it may pass the ball to one teammate before they are allowed to touch the volleyball again.
– each time a players wins the play, the same server serves for the next play. Each time a team wins the serve, players on that team rotate and remain in the new position until the serve is lost and won back again.

Players get eliminated if they:
– can’t catch the ball and/ or if an opponent’s ball hits them below the head
– throw the ball out of bounds
– are unable to throw the ball over the net on the first attempt

Players may re-enter the game if:
– a teammate successfully catches, with one hand, an opponent’s thrown ball (first person eliminated on the team gets to come in)
– a teammate throws an “ace” (a thrown ball which goes over the net and hits the floor without touching anyone else)

Game ends when one team loses all its players. Our young women loved this at camp – fun for everyone!

« They’re All Here!
What You Don’t Know About Homelessness and How to Help »