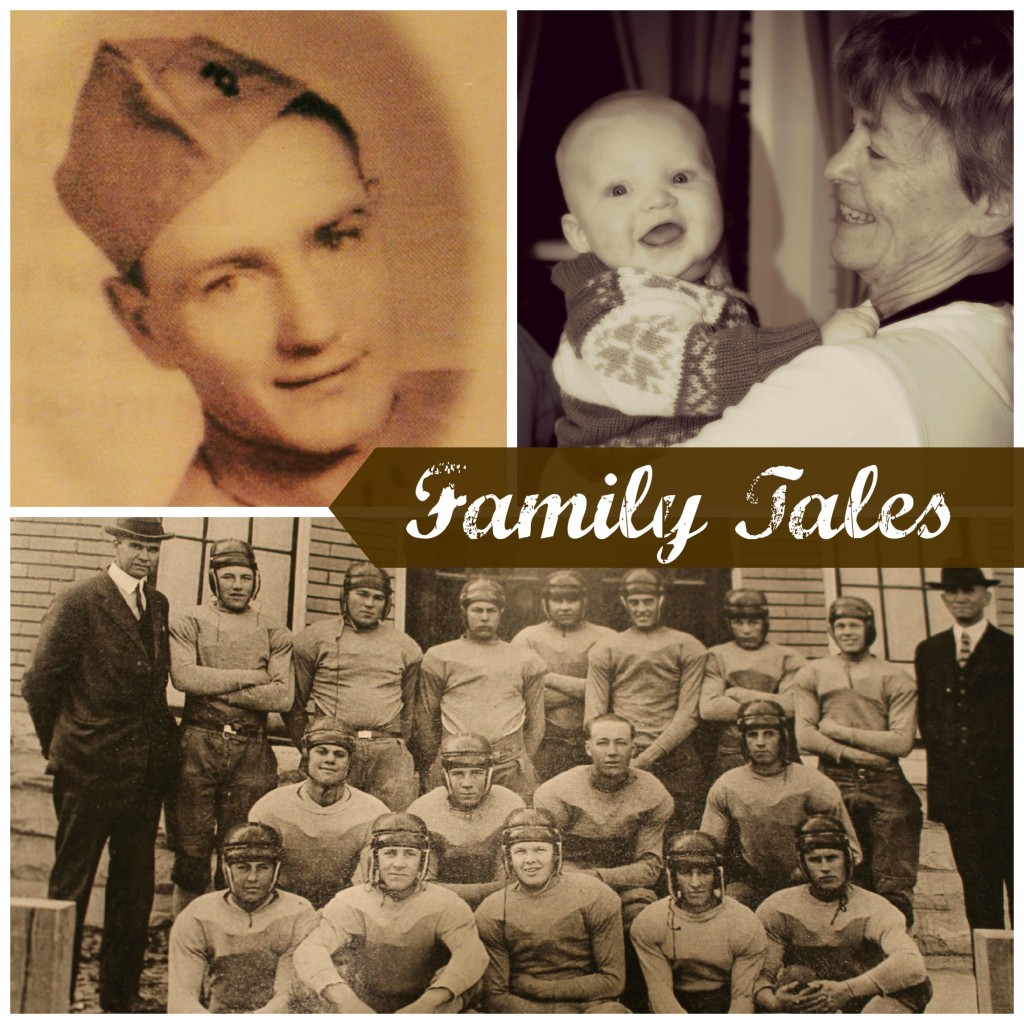 And something about being a new mom has made me think differently about, oh I don’t know, let’s say, almost everything.

About a month ago, I was flipping through my calendar and saw that Veterans Day was coming up. My husband and I come from some brave and good and country-loving people, men who have served on the American battlefield and wives who, just as courageously, let them. And I realized something.

These brave and good and country-loving people are people my baby will probably never know.

But I want him to.

If not from afternoons of sitting on their laps and eating chocolate chip cookies while they re-tell the lessons of their lives, from their stories.

So that’s what I’m preparing for him. I’m just starting, but I’m making a book. A book of family stories, so that someday when my baby isn’t a baby anymore and he comes home from school with a stack of history books, I can wrap him in my arms, pull him on my lap, and tell him about the courageous and wonderful people he came from who lived it.

I want him to know that Grandpa saw the famous flag-raising on Iwo Jima, but I also want him to know that he put some extra eggs in every carton he sold-in case some broke along the way-so that no one ever felt he hadn’t been completely honest with them. I want him to see that our grandmas have loved on him every chance they got, and I want him to read the story of Grandpa Francis’ surprise proposal to Grandma Ila-and how she said yes and they packed their bags to catch the train to Iowa that same night. 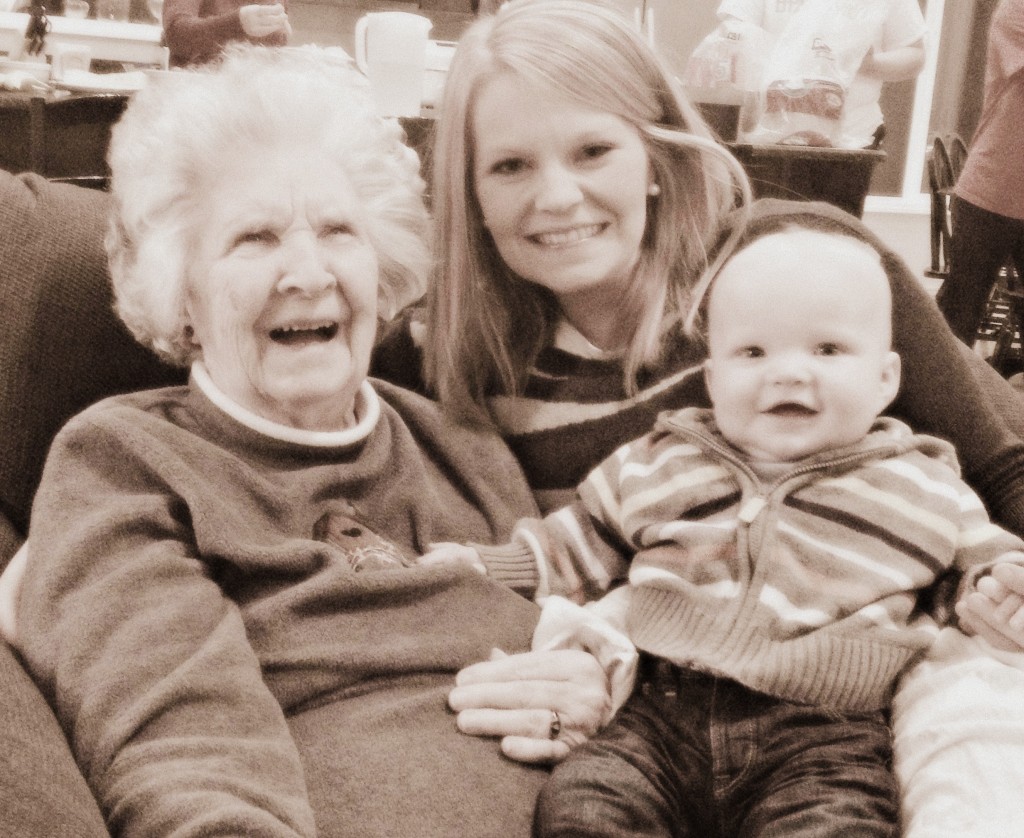 I’m starting by collecting what I already have, writing down what I remember, and doing some quick editing to make it all kid-friendly. I’m finding pictures and scheduling interviews-and taking pictures of my baby with our grandparents. I don’t want it to be long or intensive-I want it to be something that he’ll be interested in when he’s little-not when he’s in his mid-40s.

This could make a great Christmas gift (not that I’ll have it done by then-that’s purely hypothetical). With older kids, it could be a fun thing to do together-have them do the interviews and find the stories they want to include in their own special edition of Family Tales.

I’ll keep you posted on how it turns out.