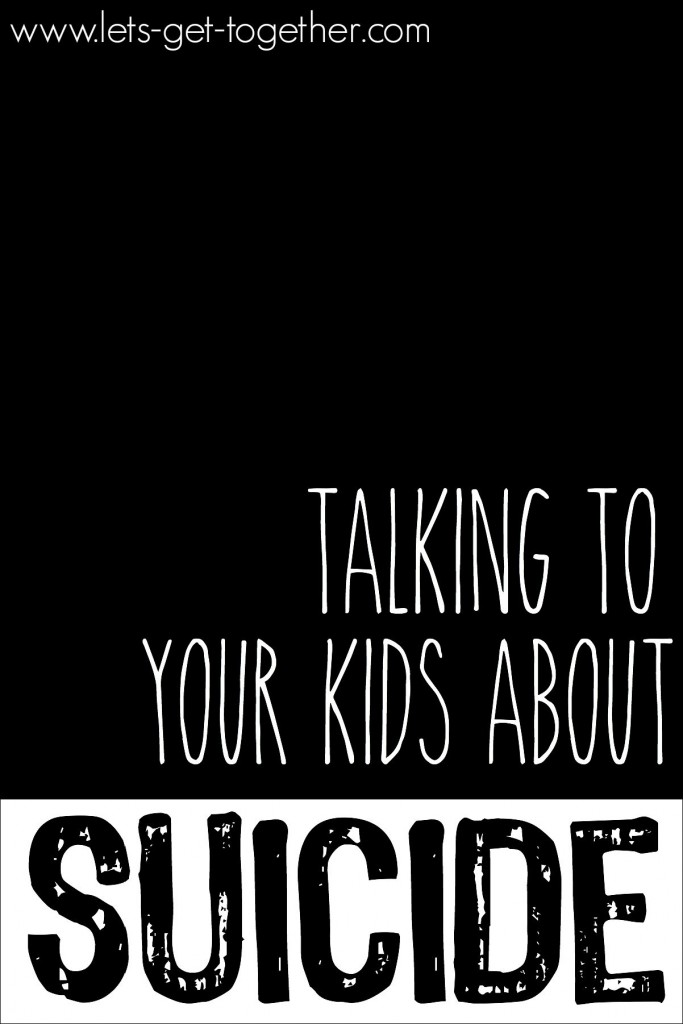 In the last few years at the high school where three of my four kids graduated, there have been several suicides. It’s something heavy on the minds and hearts of so many parents and teens where we live. So we reached out to Penny, a friend and neighbor of ours who has both personal and professional experience to write this post. We hope you find some answers and guidance in her words-a place to start in talking to the people you love about a hard thing.

Suicide….This word seems to be attracting national news with celebrities, professional athletes, and young teens who have taken their life.

For me this word, reminds me of my brother, who died too young at age 26. 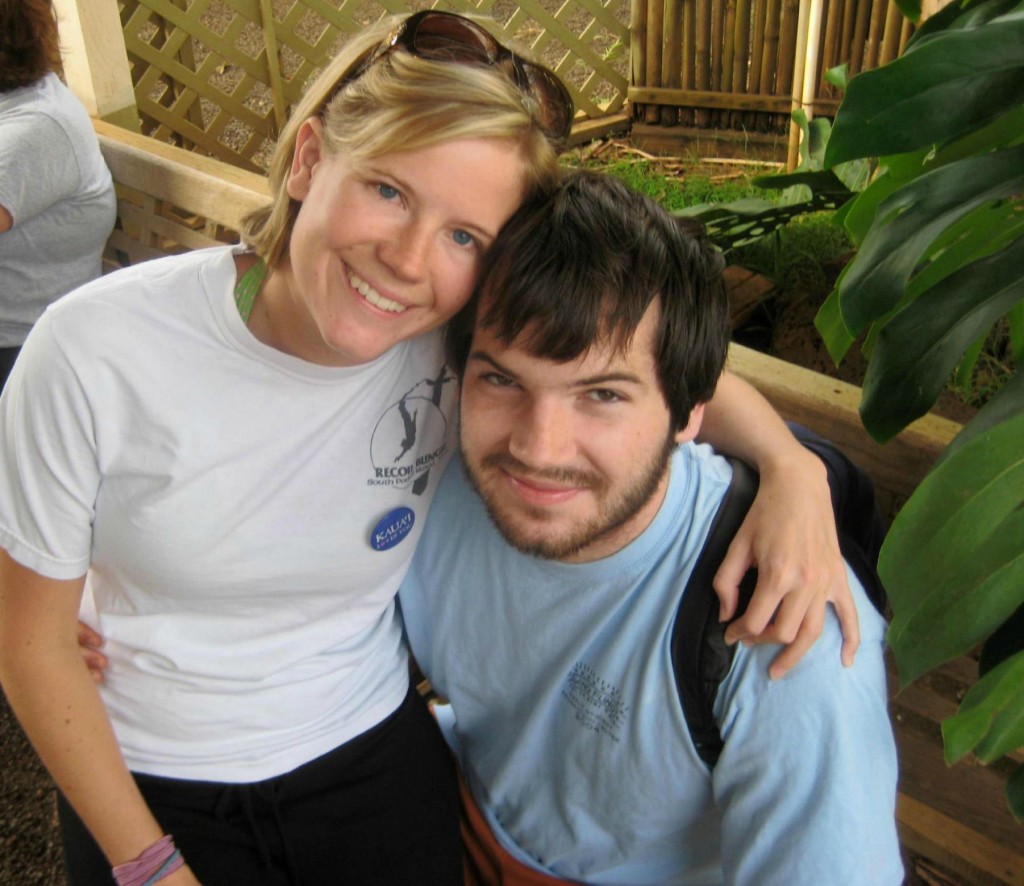 During his third year of medical school and engaged to be married he took his life. This act left my family devastated, shocked, and trying to figure out what went wrong.  Also, I am a mental health therapist, I work with teenage girls, many of whom have attempted suicide or deal with suicidal ideation. Initially, I blamed myself for my brother’s death, how did I not notice any signs.

With suicide as the third leading cause of death between 8 and 18 (after accidents and homicide), it is something that must be addressed. Many more young people attempt suicide than complete the act, which means this is something that affects many more of our children than we realize.

When I was working at a residential treatment center, I had a client come to our facility with stitches in both of her wrists. Her parents found her in a pool of blood on her bed as she had attempted to take her own life. She struggled to make friends, had low self-esteem, felt she was unlovable with little to no self-worth. She was at our facility for 18 months, during this time she attempted suicide again. After 18 months of intensive family and individual therapy she returned home. Five years later she is attending college and leading a successful, happy life. There is hope for kids, teenagers, and adults who struggle with suicidal ideation.

So how can we talk to our kids and loved ones about suicide and what signs can we look for?

Signs a Child May be Thinking of Suicide (This is not an exhaustive list)
-Talks about suicide, death, or dying
-Symptoms of depression (fatigue, change in appetite and weight, poor
performance in school, feelings of guilt, irritability, anger, or hopelessness)
-Changes in behavior, appetite and sleep
-Loss of interest in previously enjoyed activities
-Alcohol and/or drug use
-Engaging in risky behavior
-Giving away possessions and making arrangements to take care of unfinished
business
-Inability to concentrate or think clearly
-Suicide notes

How do you talk to your child?
-First, be calm. If your child thinks that you are upset, he/she may want to spare you further worry and may not share true feelings and thoughts with you. Let your child know that you love her and that she is important to you.  Tell him you’re concerned about how he’s feeling and want him to know he can talk to you about anything.

-Be open. The best way to keep your kids safe is to be a nosey parent. Ask your children questions about issues that may be bothering them. Really listen to what they have to say. Remember that their issues, no matter how minor they may seem to you, may be overwhelming your adolescent. Never make fun of or disregard your teenager’s concerns, especially if they are making him or her unhappy.

-In other words, simply talking to your kids about suicide may make them less likely to consider it, according to a study in the April 2005 Journal of the American Medical Association. This is different than the popular belief that talking to kids about suicide will only give them the idea.

-If you are concerned, ask you child directly if she’s ever thought of killing herself (Avoid asking, “Why are you sad?” as the child may not know why and may become frustrated. Why questions also make the assumption someone did something wrong, so it’s best to avoid them). Don’t be afraid to ask your child, “Have you thought about hurting yourself?”

-Take it seriously. Always ere on the side of caution.  Even if your child thinks you’re over-reacting, suicide is an area where we should be overprotective.  Keep a child who expresses self-harm ideation in sight and get them talking (ie how would they do it?) and take measures to protect them (ie lock up pills, knives, guns etc.)

-Consult a Professional and be willing to participate in therapy.  If in doubt about a child’s safety you can call 911 or the suicide hotline (1-800-suicide). As a parent, you do not need to know how to deal with suicide on your own; you just need to reach out for appropriate help. Do not view the child as the problem and they have to get fixed. Instead view it as a team approach. Tell her that you will help her or “we’ll work on this together.”  Participate in family therapy with the child.  This will help parents to
understand the child’s feelings better and know certain triggers that the child has.  The client I mentioned earlier would not have experienced the same success without the weekly family therapy sessions and support from her parents. Help your child identify other adults that she can go to if she isn’t comfortable talking to you about this—a guidance counselor, a grandparent, aunt, uncle or other adults.

-Be willing to make hard decisions.  If you know your child needs help, make sure they get the help needed.  Most likely, they will be resistant to therapy initially, but it could save their life. The student I referenced did not want to be in a residential facility, but it was the best thing for her at the given time.

Even if you aren’t worried about your child, look for opportunities to discuss this sensitive topic. Mention an article you read in the paper, a movie or TV show that you saw or lyrics to a song you heard. Ask if she is worried about herself or her friends. Ask if he knows whom he could talk to if he’s worried or thinking about suicide.

Sometimes it’s easier for you and your child to talk when you are side-by-side rather than face-to-face. Talk while riding in the car, fixing a meal together, taking a walk or playing a board game. Time spent talking to your child is time well spent.

It’s been over 4 years since my brother’s death. I still don’t have answers, there was no note or talk about suicide. No one, including his fiancé, knew he was depressed.  It is so important to talk to loved ones about what is going on in their lives and know of their successes, failures, struggles and trials.

Remember there is hope; I have worked with numerous teens who have struggled with suicidal ideation and are able to lead successful, fulfilling lives.