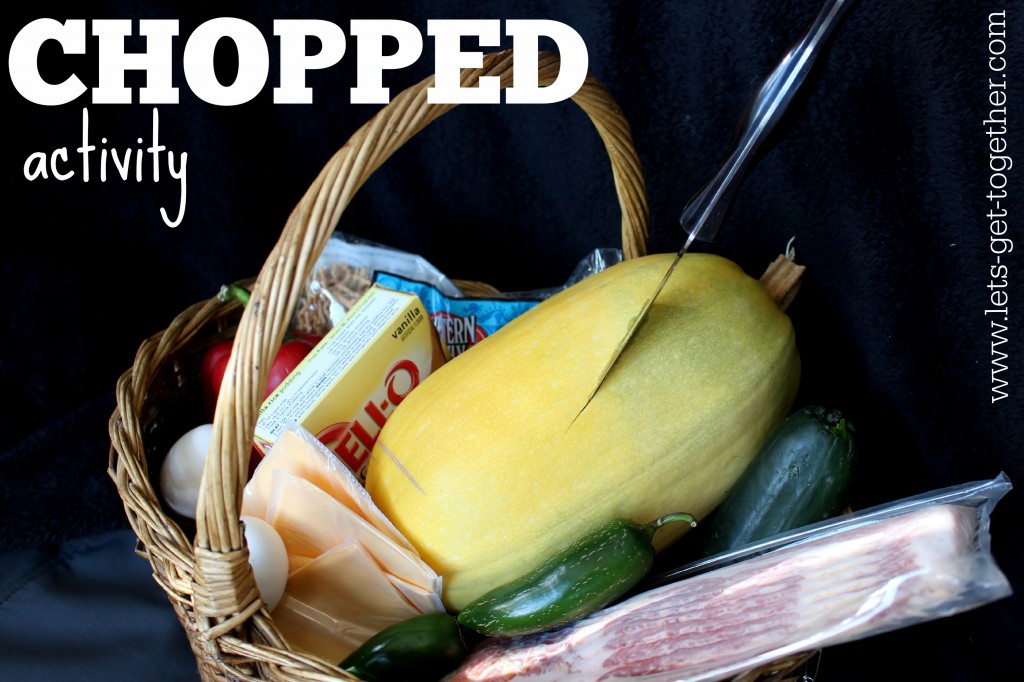 When we were doing our yearly planning for the Young Women and Young Men one of our girls was determined to get some sort of cooking or baking challenge in there. We started talking about ways to do this and eventually decided to turn to the Food Network TV show CHOPPED for inspiration. It ended up being a blast!

Chopped is a cooking competition show that is all about skill, speed and ingenuity. Each week, four chefs compete before a panel of expert judges and turn baskets of mystery ingredients into an extraordinary three-course meal. Course by course, the chefs will be “chopped” from the competition until only one winner remains. The challenge? They have seconds to plan and 30 minutes to cook an amazing course with the basket of mystery ingredients given to them moments before the clock starts ticking! And the pressure doesn’t stop there. Once they’ve completed their dish, they’ve got to survive the Chopping Block where our three judges are waiting to be wowed and not shy about voicing their culinary criticisms!  (from FoodNetwork.com)

For the activity we changed things a bit from the show. We have a small youth group so we just split into a few groups of 3-4 people each. We only did two rounds: appetizers and desserts. They were given 20 minutes for each round and then were judged by our very experienced food critics, the bishopric 🙂 There was no “chopping” since we only did 2 rounds and wanted everyone to participate each time.

We just told all the leaders to bring 1-2 things that were a little random, and it worked perfect. The appetizer basket ended up having tortilla chips, Rice Chex, chia seeds, passion fruit, dates, and canned green chilies. The dessert basket had lemon flavored Oreos, hot cocoa packets, greek yogurt, blueberries and candy caramels.

In your open “pantry” you’ll want basic cooking supplies like spices, butter, olive oil, some canned foods (like beans, fruit, sauces, etc.), eggs, milk, and any other basics you think they might need. You’ll also need access to enough cooking supplies for the groups to use and space. We went to a leader’s work where they had a demo kitchen we could use, which worked perfectly.

The youth opened their first basket and could look at the ingredients for one minute, then the 20 minute timer started and they were off! They had to use all the ingredients in the basket and then could use anything else they wanted. Once time was up the judges tasted each dish and made comments. Then the groups moved on to the dessert round. After they finished that round, the judges again tasted the dishes, made comments, then left to decide on awards. Each group got an award, whether it be for creativity, taste or appearance.

It was a great activity that all the youth enjoyed and were all really involved in. This would also be a super fun activity for FHE and you could tie it in to “feasting” on the words of Christ. Get cooking! 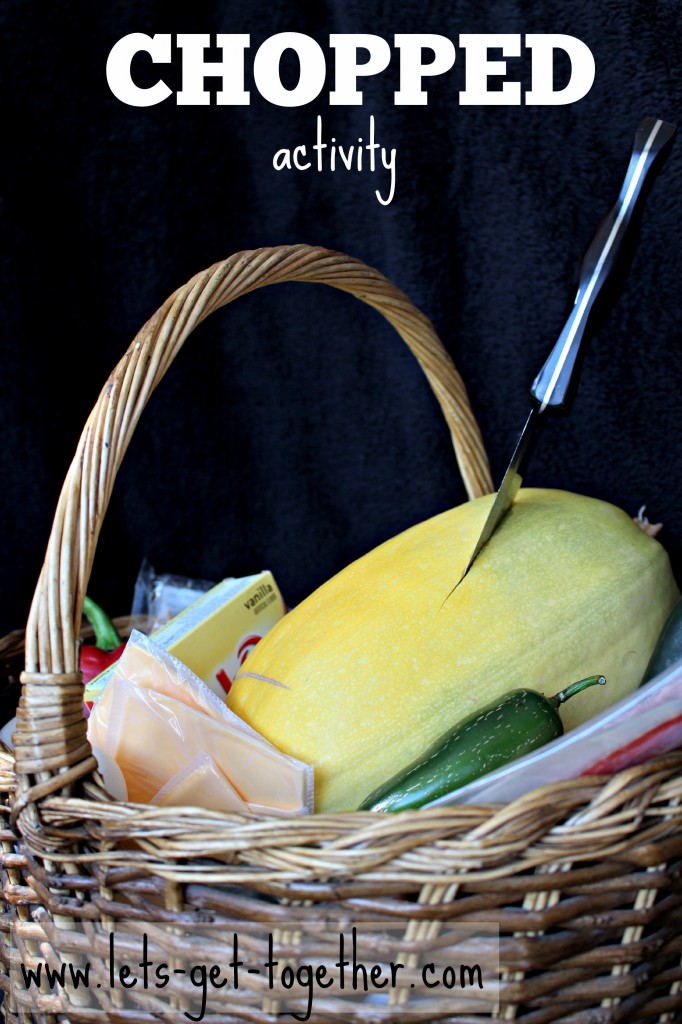