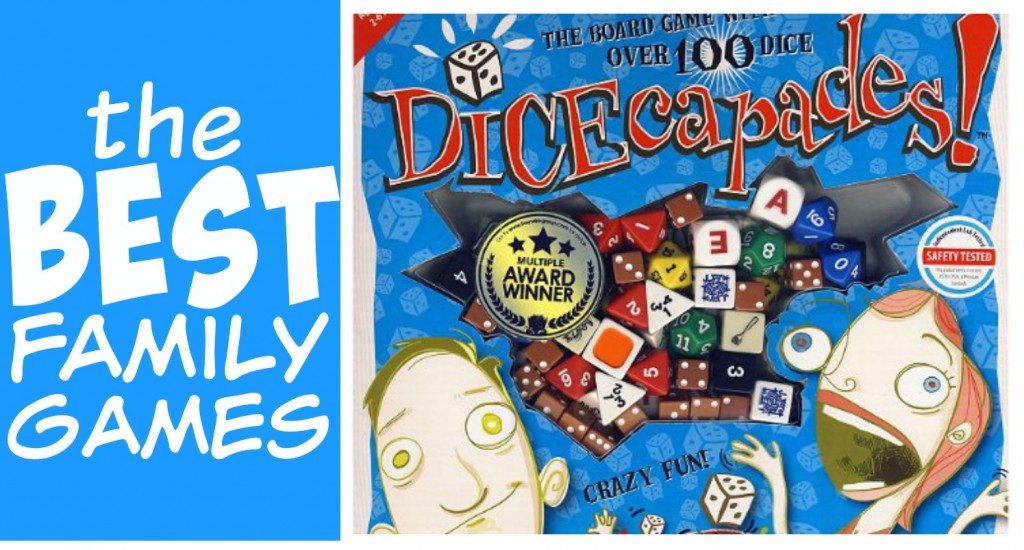 For the last couple of years, we’ve had a Fall Break tradition that I’m really (REALLY) missing right now. We’d drive down to St. George and meet up with some of our favorite people for a few days to mostly do two things: eat good food (SEA SALT CARAMEL TRUFFLE ICE CREAM!!) and play games. All night long.

Oh, I love those nights.

They’re the kind of nights that you go to bed oh-so-tired, with sore abs and a sore face from laughing because you hit your crazy point hours ago.

I think it’s nights like those that have made me believe that games are kind of magical.

And they are! With friends or family, games are the perfect thing to bring people together. So we thought we’d share some of our old favorites and new finds-ya know, the ones that we pull out regularly on Sunday evenings after family dinners. 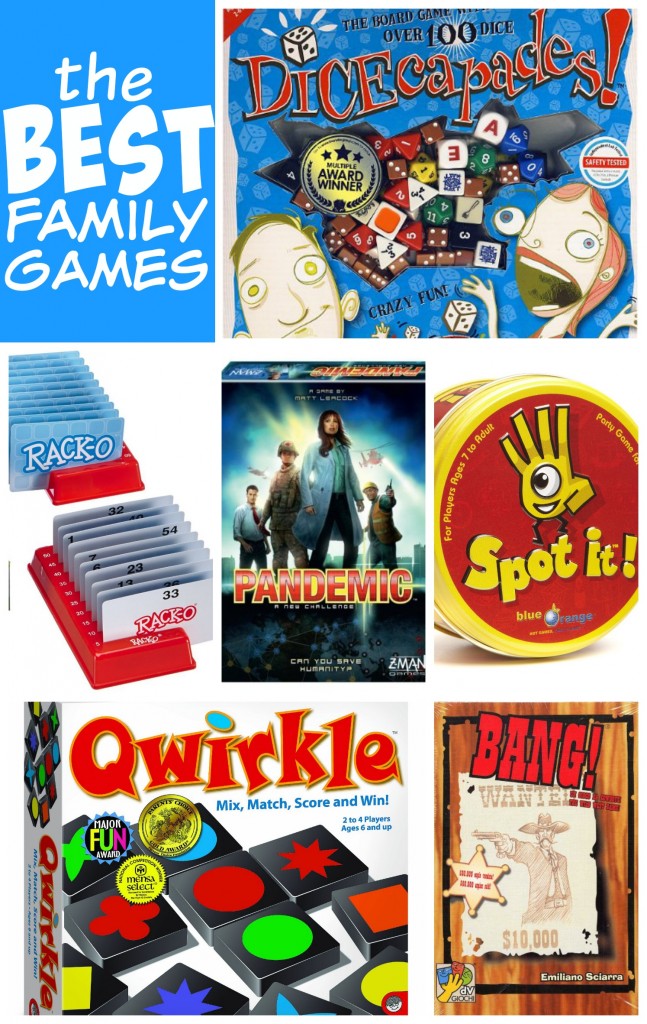 1. Rack-O – This is an old favorite. We’ve been pulling it out for years, and there’s a reason we keep pulling it out. You do need to know that it’s a 2-4 person game. Anyone who’s old enough to count and organize numbers 1-60 can play. It’s about a 15 minute game, and it’s not one of those intense ones that you can’t chat while you’re playing.

2. Pandemic – I. LOVE. THIS. GAME. Why is it awesome? Well, there are lots of reasons, but one of them is that it’s a collaborative game. Everyone is working together (as different occupations within the CDC) to hold off different epidemics and save the world! Does it sound epic? Well, it is! We also love that the hubs and I can play this, just the two of us. (It can be hard to find awesome games that just two people can play.) But up to four players can join in. Game time lasts about an hour, but it takes a bit longer the first few times you play. (P.S. And there’s an expansion set that will blow your mind. So fun!)

3. Five Crowns – We just recently found this one, but goodness knows we’ve played it enough that it feels like an old family classic. Good for 2-7 players, it’s like a quicker-paced Phase 10 (so I don’t get bored!!). With just the hubs and I, we can get through a whole game (all of the rounds) within 30 minutes. The more people, the more time it takes-but you’re not going to top 45 minutes.

4. Qwirkle – This is a brain game with a cool name. I mean, really, who doesn’t love to say, “Qwirkle!”? It’s a 2-4 player game, ages 6 and up. It comes in a box, but I love that inside the box, it’s just a bag of wooden tiles. Super easy to travel with-which is good, because you’ll want to take it with you on trips and to Sunday dinner and everywhere else you play games.

5. Q-Bitz – Another brain game-but this one is for people with amazing spatial/visual brains. Or for people trying to improve that… The whole idea is that you recreate images with your tiles that you see on a set of cards. And it’s fun because you’ll get better at it as you play! You might find, like we did, that there are just certain people you don’t want to play this with. Like my brother-in-law. He kills us-every time. It’s not even a game, really, if he’s playing. He’s that good. Anyway, 2-4 players, and you can play as long or as short as you like.

6. Wackee Six – This is for the multi-tasker in your family. You know, the person who can talk on the phone and write a book at the same time. Just kidding-but it is a fast-paced frenzy of fun! Each player has a deck of cards that are in a color that’s specifically assigned to them. You try to get rid of your deck as quickly as you can by playing on community stacks of chronologically ordered cards. If that makes any sense… It is fast and furious and is sure to get the blood pumping. We love this one! (Partially because you kick off the game by saying, “Let’s get Wackee!” Or at least, that’s how we play.) 2-6 players, ages 6 and up.

7. Bang! – Have you ever played Mafia? This is like an old west version of Mafia-but more sophisticated and nuanced. Not going to lie, it takes some playing time to “get” this game. And you’ll probably need to keep your little instruction manual handy. But definitely a good time! There are good guys and bad guys – and the roles have different goals. You also get fun names, like Kit Carlson and Willy the Kid.

8. Shut the Box – This is the perfect lazy afternoon game. It’s the game you want to pull out when you want to do something, but you don’t want to do much. Really nice “let’s chat” kind of game, that’s awesome for kids who are just learning to add. Look at that, a fun way to practice math!

9. Spot It – I discovered this game at Girls Camp a couple of summers ago, and it pretty much changed my life. So fun! It comes in a little tin-making it the perfect travel and pull-it-out-anywhere game! There are 5 different games you can play with it, for 2-8 players. You. Will. Love. This. I promise. We also love this because it’s one of those games that’s really easy to explain, so people who haven’t played before don’t feel behind. It’s the best. Seriously.

10. Dicecapades – 133 dice. Big dice, little dice, picture dice, letter dice, a dice within a dice… So, yeah, it’s one of those games that you’re only going to want to pull out when the littles are busy or sleeping. This is kind of like Cranium, but better. All of the challenges-minus the trivia-involve the dice. So there’s an element of luck with every challenge (like, it’s way easier to name 10 words that start with an S than a Q, ya know? but you’d roll the dice to find out what letter you’re using). 2-6 players, a great party game!

11. Ruckus – This is another simple game that everyone will catch on to really quickly. And your 4-year-old can jump in on the fun! It’s a quick-moving game where people are calling out things like “Eye Scream!” or “Monkey in a Bottle!” while everyone tries to collect cards. We’ve found this is a great warm-up game at a game night because it’s easy to learn and gets people moving!

So there you have it. The games that bring together the people I love!! I would LOVE to hear what you would add. Always looking for some good new fun!