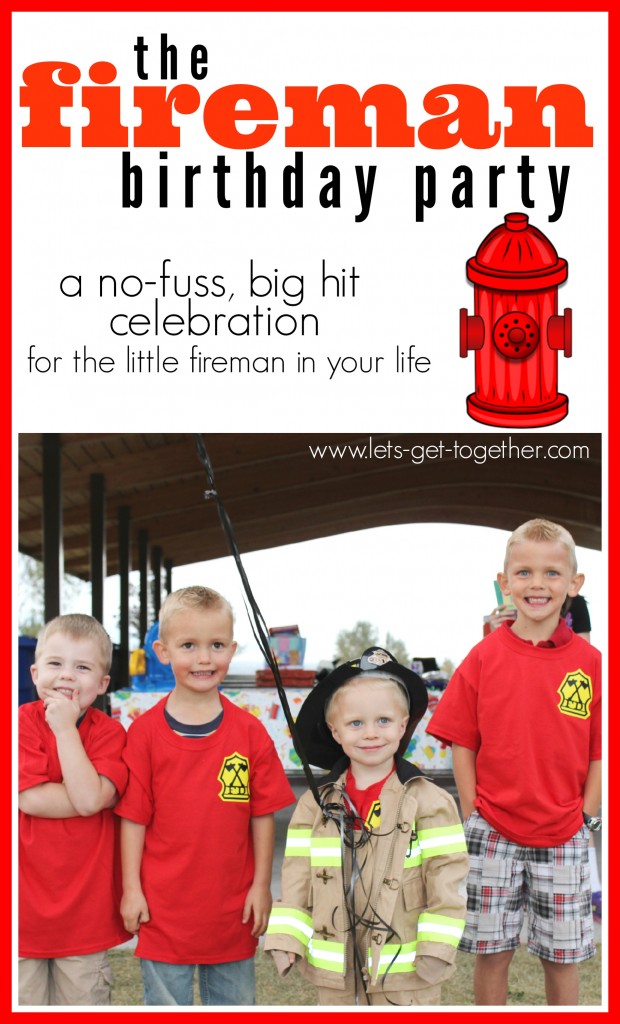 Last year late one night all the smoke alarms went off at my house. Every. Single. One.  That’s a lot of noise – in fact some (of the fire alarms-not the people) were screaming “Fire! Fire! Fire!” To make a long story short, the trusty fire department brought their big beautiful red fire engine to my house. There was no fire and no smoke; just one faulty smoke detector that set off all the rest. Two awesome firemen stayed through the whole ordeal even after there was no fire, checking every single smoke detector! A few days later I returned to the firehouse with my grandson (possibly the biggest Fireman Sam fan alive) and a plate of goodies to thank them for being our heroes.

Do you have a little fireman at your house? This is a fun, no-fuss Fireman Birthday Party that my daughter did for her little hero.

1. The party began at a park near the neighborhood fire station.  The kids had pizza, cupcakes and ice cream and opened up gifts.

2. Kellie made cool red t-shirts with the fireman badge logo on it for all the kids. They put them on so they were “official firemen.” 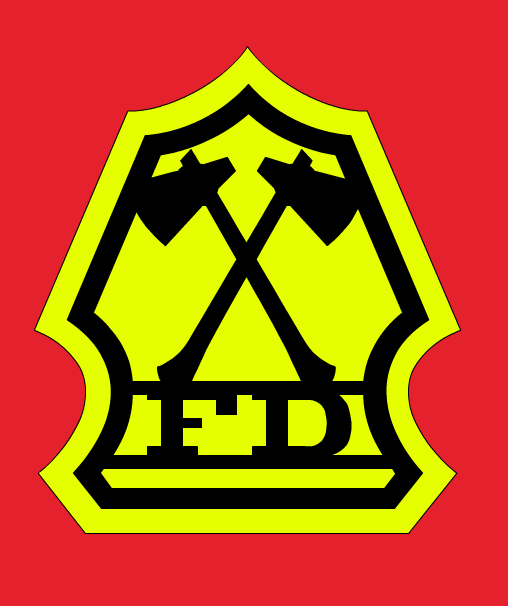 They made the t-shirts with a Cricut and the Cricut iron-on material. (If you’re a Cricut user and want to copy the shirts, you can find the saved project in Design Space here.) I’m no Cricut expert-but they basically designed the cute little yellow logo and the Cricut printed it out onto iron-on material. Easy peasy. And such a cool party favor! (Just look at those smiles…those are happy boys.)

3. We went to the fire station for a pre-arranged FREE tour. The firemen were so great and the kids got to see everything up close. Just as the tour was ending they got an emergency call and had to turn on the sirens and leave.  It was perfect! Each child was given a special bag (FREE!) from the fire department with a coloring book and crayons, a sticker, and a fireman hat. 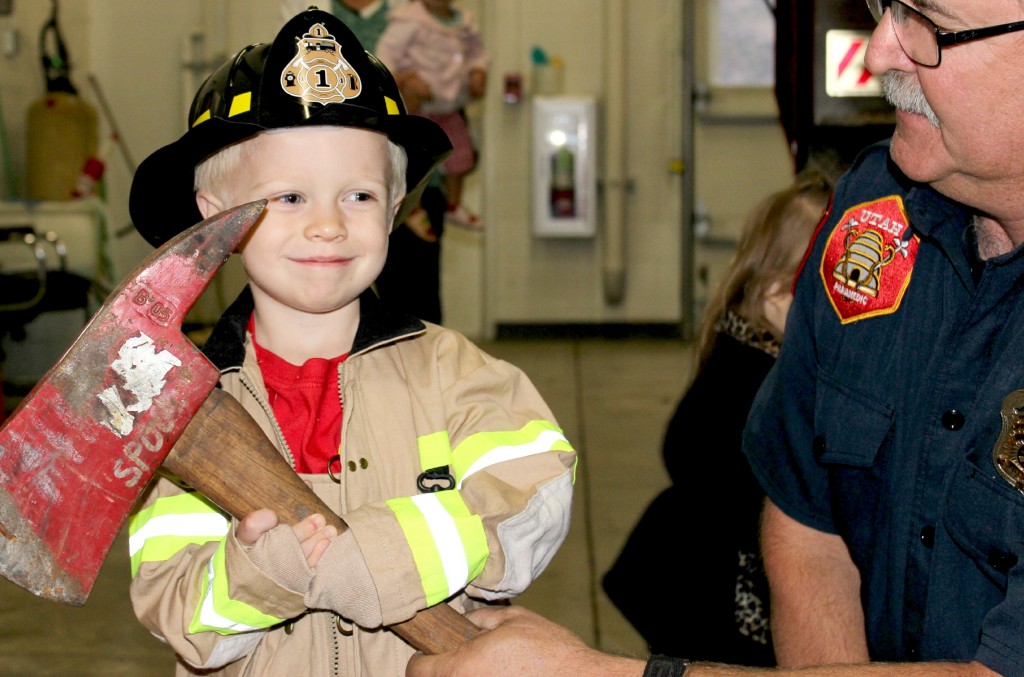 So stop, drop, and party at your local fire station!