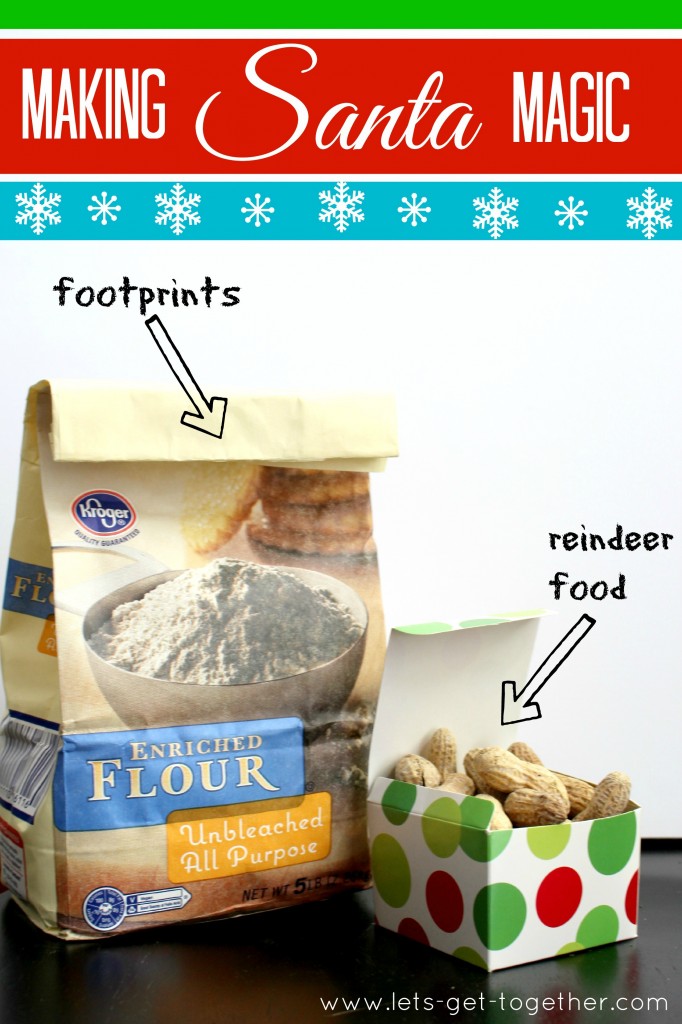 My secret is out.

You might have guessed from Trisha’s storybook countdown post-correctly so-that I was the sister who believed (whole-heartedly, Polar Express style) in Santa for well over a decade. It’s true. I defended the jolly old man for years.

A big part of that was The Story of Santa Claus book (written by none other than Scribbler Elf). Christmas classic. Seriously.

The other part of that had to do with some Santa traditions that really amped up the Christmas magic. All are supremely simple.

The first is all about the reindeer. Santa gets milk and cookies-in abundance-on Christmas Eve night. But he’s not even doing the hard work. Surely those reindeer need some fuel for this bazillion mile journey. So on Christmas Eve night, we would go outside and throw peanuts on the roof. Just watch your three-year-old try and throw peanuts on the roof. If that becomes traumatic because little arms just can’t get those up there, remember this: reindeer can fly. And they can come down and enjoy what’s on the lawn. Problem solved.

The second piece of Santa magic is brought to you by my great-Grandma Ila. One Christmas when I was probably four years old, we spent Christmas Eve at her house. When Kellie and I woke up in the morning and made our way to the tree, we found Santa footprints from the front door to the tree. It’s one of my earliest memories-probably because it just oozed of childhood Christmas excitement. 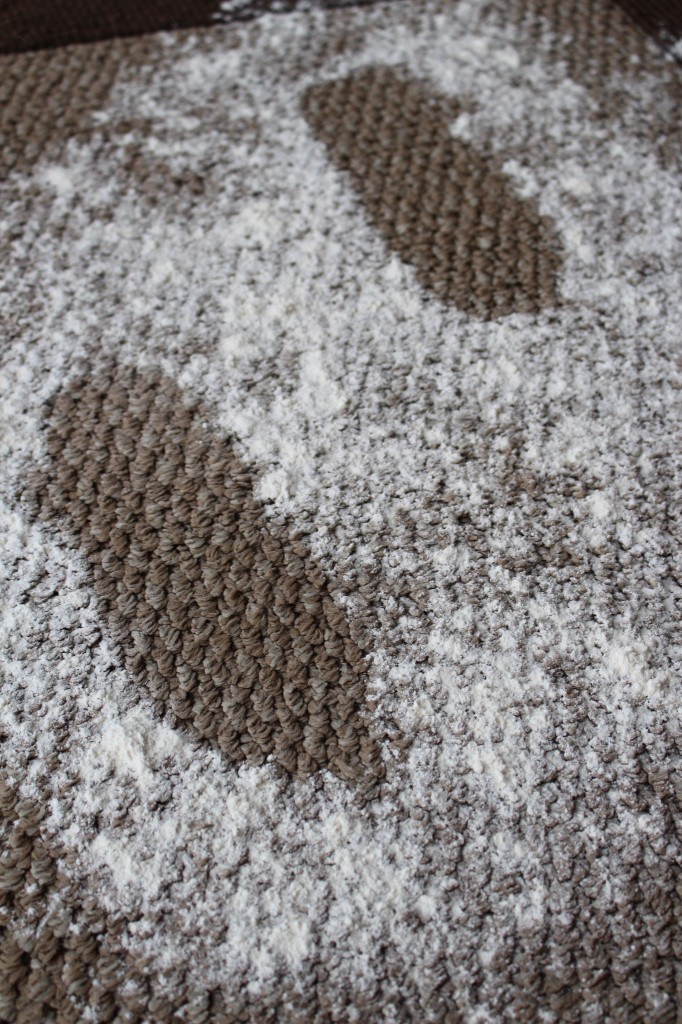 (Put some boots down on the carpet as if they were walking from the chimney to the tree. Take some flour or powdered sugar-whatever you’re more excited about vacuuming up-and sprinkle it around the boots. Repeat until you arrive at your destination.)

The last one is all about the bells. Grandma Annie was a Christmas master. Her whole home seemed to glow at Christmastime. When we would spend Christmas Eve there, she would send us to sleep with the slightest suggestion that if we were quiet and stayed in our beds, we just might hear the sleigh bells. I remember being in the top bunk in one of the bedrooms in the basement and waiting. Waiting. Waiting. And then—the bells. They sounded far off at first but the noise gradually grew until I was sure-positive-that Santa had landed. (No one has ever confirmed this, but I’m pretty sure Grandpa was out in the bushes making his way to the window with bells, most likely wearing camo.)

Let me wrap this up by saying this: Christmas isn’t about Santa. My parents were careful to spend ample time on Christmas Eve and the season leading up to it teaching us that the real reason we have to celebrate is that the Savior of the world was born in Bethlehem.

If you’re looking for some family traditions that help keep Christ in Christmas, be sure to take a look at the Christmas Service Star and The Jesus Gift.